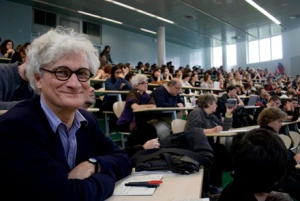 Two writers and friends, continents apart, had separately recommended “The Uprising: On Poetry and Finance” to me.  I came to it with high hopes, but cautiously.  We know too well the damage currently being done in the name of abstracted “profit”.  The instrumentalist thought behind capital (and the mechanisms that operate without human consideration or judgement) has plunged us collectively into a frightening cycle of exploitation and alienation.  And in this hyperconnected world, crisis can too easily become crises, escalating into bankruptcy, poverty, pollution, depression (in every sense).  Against that, poems?!

Now, if you’re like me, you’ve been to more than a few poetry readings that have you agreeing with Charles Bukowski’s assessment – “poetry readings have to be some of the saddest / damned things ever”.  Especially where there is a kind of “presentation failure”, where the poet is clearly lethargically unconvinced that there is any life in the words they are speaking, or so overconfident that they read an entire manuscript of mediocre verse on the open mic, or inhabiting a false voice, borrowed from YouTube footage of slams or the static-pocked monotone of TS Eliot reading “The Wasteland”.

Apart from performance, there is the question of reaching the public.  Most books of poetry sell in the hundreds rather than the thousands (though I’d be interested in seeing some statistics on this, especially international).  And poetry’s appearance in the broader, mainstream culture is extremely rare – its appearance is either patronisingly token or uncanny, a kind of cultural undead (“you mean, people still write poems?!”). 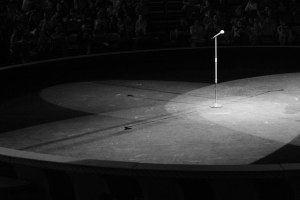 This appears to be the reality.  A cacophany of consumerist coercion, against an almost-inaudible and tired whispering in the heart that reaches out towards others.  But it is not so much “the reality” as “a reality”.  Other possibilities are here.  And I suspect that it is the tiredness and quietness of where poetry comes from that is so important.

One of the most powerful aspects of “The Uprising” is Berardi’s valorisation of fatigue and limits over infinite growth, of co-operation and solidarity over appropriation and competition, and insolvency over unceasing debt.  And according to him, it is the force of poetry that re-energises and reinforces these human values, to remind us of our interconnectedness.

Not only this, but poetry’s power lies in its untranslatability, its openness to interpretation, its multiplicity.

Oddly, Berardi’s sole example is Rainer Maria Rilke, whose lyrical elegies were written around a century ago.  How does contemporary poetry counter the apparent fait accompli of the financial paradigm?  He also doesn’t explain how poetry returns “the sensuous body of language” to us.  Does he mean to imply that it is only really poetry if it has this kind of power?  Or, since there are so many different types of poetry, are there many different ways that poetry has impact?  Are there many different “sensuous bodies”?

“The Uprising” only devotes its final chapter to how poetry might counter the dominant mode.  As such, it reads like an incomplete sentence.  Which is perhaps entirely appropriate.  Other theorists may wish to fill in the conceptual gaps.  At the moment, I won’t even attempt to do so.  What’s important to me is knowing that poets will continue with their marginal art, their offerings, their words of potential.

In July, while at Naropa University, I was in a workshop with M NourbeSe Philip.  Later in the week, days after the shocking acquital of George Zimmerman for the shooting of unarmed African-American teenager Trayvon Martin, NourbeSe was scheduled to give a poetry reading.  She decided to take an approach that rejected the usual “reading”, and instead fused ritual, protest, sound poetry and remembering.  We were asked to wear white and bring candles.  She read an extract from her book “Zong”, which was the name of a slave ship from which dozens of African-American men and women were thrown overboard for insurance money.  The syllables and phonemes sounded out, fitfully and gradually.  “Wa- Waaat- Www-“.  Until the final full word was articulated – with all its connotations of life and drowning – “Water”.  And the water in our bodies trembled in recognition of others’ suffering.  There was no understanding or closure, just an open future we had to move into, knowing the past in our bodies, if only a little more.

In September, I was in Ireland, just weeks after the death of Seamus Heaney.  A commemorative reading in Clifden saw around twenty other poets and musicians read his poems, to a packed auditorium, Irish lives for whom Heaney embodied something of their collective yearning, resilience and thoughtfulness.  The atmosphere certainly had an undertone of grief for the space left behind by such an admired and accomplished voice, but it was also a time of celebration, humour and sheer human warmth.  He had written, “I rhyme / to see myself, to set the darkness echoing.”  And we came together to make sure that those parts of us that Heaney had set echoing would continue to chime, to reverberate throughout a nation (and a world) struggling under financial and environmental crisis. 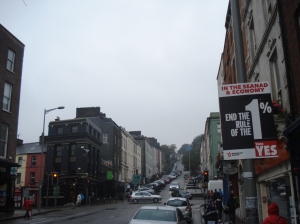 I’m reminded also of “Quippings“, a regular event at Hares and Hyenas Bookshop in Fitzroy, run by a loose collective of writers and performers with various disabilities.  At times shocking, at others hilarious, then sexually explicit, then philosophically subtle and revelatory, and often deeply moving, the night fearlessly and relentlessly overturns the stereotyped figure of the pitiful or heroic “crip”, replacing these “objects” with defiant and proud “subjects”.  And as always, the audience, by co-habiting the space, is implicated.  Our world is overturned with humour, insight and warmth, and we are left less certain about disability, and more aware of humanness.

William Carlos Williams wrote “Look at / what passes for the new. / You will not find it there but in / despised poems. / It is difficult / to get the news from poems / yet men die miserably every day / for lack / of what is found there”.  There are seeds of transformation waiting quietly in innumerable books, journals, websites and venues.  And there are the unwritten poems, perhaps within your reach right now.