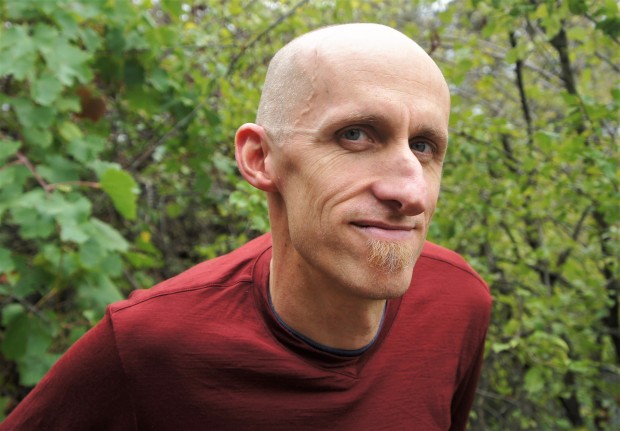 Andy Jackson is a poet preoccupied with difference and embodiment. He has featured at literary events and arts festivals across Australia, in Ireland, India and the USA. His first published book of poems, Among the Regulars, was shortlisted for the 2011 Kenneth Slessor Prize for Poetry, and his most recent collection, Music Our Bodies Can’t Hold, which consists of portrait poems of other people with Marfan Syndrome, was shortlisted for the 2020 John Bray Poetry Award.

In 2019, Andy’s creative PhD thesis, Disabling Poetics: Bodily Otherness and the Saying of Poetry, was awarded a Doctoral Research Medal for Outstanding Academic Achievement by the University of Adelaide. He has co-edited disability-themed issues of the literary journals Southerly (with David Brooks) and Australian Poetry Journal (with Jennifer Harrison). Andy works as a creative writing teacher and mentor for universities, libraries and community organisations.

He has had around 190 poems published in a variety of prestigious and obscure journals, as well as newspapers and radio (including The Age, The Saturday Paper, and ABC Radio National), and in five editions of The Best Australian Poems. Andy has been awarded grants from the Australia Council and Arts Victoria, and been the recipient of an Australian Society of Authors mentorship.  He has been awarded residencies from Victorian Writers Centre (now Writers Victoria), Katharine Susannah Prichard Writers Centre (Perth) and Asialink.

Other books include the thin bridge, which won the 2013 Whitmore Press Manuscript Prize, and Immune systems, a semi-fictional verse novella on medical tourism, coupled with a series of ghazals on India, which was released by Transit Lounge in 2015. In 2016, a chapbook – That knocking – was published by Little Windows.

All books are out of print, except for Music Our Bodies Can’t Hold and Immune Systems, available from your local bookstore, or online (including from Readings). 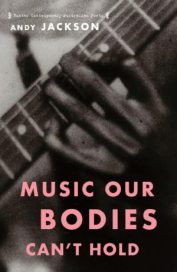 A collaborative puppetry-poetry performance with Rachael Wenona Guy entitled Ambiguous Mirrors won the City of Yarra Award for Most Innovative Work at the Overload Poetry Festival in 2009.  In 2017, a further collaborative performance work with Rachael Wenona Guy and Leonie Van Eyk, Each Map of Scars, premiered at the Castlemaine State Festival. Featuring live performance, puppetry, stop-motion animation and poetry, this work was also performed at the Queensland Poetry Festival.

Andy has the genetic condition Marfan Syndrome, and currently lives on Dja Dja Wurrung country, and acknowledges their continuing custodianship and connection to the land. 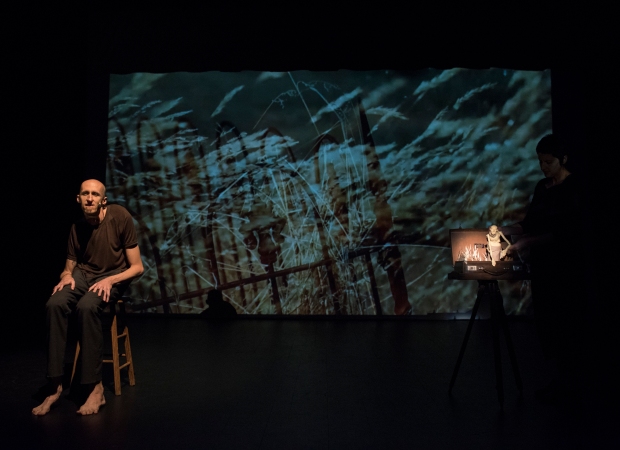 So scholarly without the vanity, the poems feel as intimate as if you had naturally written them and dreamt them up all by yourself, no doubt of it. In a way, they are conversational, but mostly they are reflective and witness-poetics that are composed in order to get what foulness you have to look at, and what inspiration. Let us hope that Andy Jackson scores every prize there is for poetry, not just in Australia, where poetry seems not all that possible due to our ministers not reading any of it, but in every country where art is seen as higher than the latest machine-gunning.

This is a poetry in which seemingly contradictory attributes are embodied. Lyric beauty combines with an unflinching gaze, self-assuredness with vulnerability, awareness of minute bodily gesture with existentialist questionings… ‘Among the Regulars’ is a distinctive, impressive and thought-provoking collection. By asking the reader to step into the body of another, it challenges us to consider the impact of assumptions of ‘normality’ on the individual. Ultimately though, it is the presence of Jackson himself breathing through the lines which makes this such a moving work.

With an authorial intensity to match [Jill] Jones, Andy Jackson’s that knocking delivers the most knockout opening of a poem I’ve read this year… Staccato lines crack, cajole and wound the textual body back into the physical… Poetry of such a brutal order might nearly be up to facing the ‘truth’.

As director of the festival, all poets are my favourite children, but a special mention needs to go to Andy Jackson who along with Genevieve and her trusty harp Jezebel, and David Splatt on saw, absolutely knocked the socks off the punters at the Edinburgh Castle. Coburg never sounded so good.

Heartbreaking but controlled… parables, hymns and moving observations of relationships between people and then between the poet and himself or him-selves…  Poem upon poem, the reader is confronted by the political and private (one is the other, here), then forcefully invited to take notice of those things from which we often shy away.  It combines passion, originality and a control of form. He eloquently, emotionally tells his own story while never letting these strong emotions override the poetry – he is in total control of his matter. It is an intelligent but accessible collection.

A polished and assured collection, so radiant with insight and sureness of touch that it’s impossible to remain unmoved. Andy Jackson has the uncanny knack of seeing humanity, like a burning filament, underneath what appears at first mundane. His poems, like beautifully shaped pieces of music, change melody and cadence but always resonate, coming to us out of pools of silence to show us the pathos in difficult conversations, late night drinks with friends, sexuality, grief, and an extraordinarily acute awareness of physicality and mortality. They’re poems that disarm you with their gentleness while refusing to flinch from what’s there.

Compassion is, and has always been, the distinguishing feature of Andy Jackson’s work… [a compassion which is] hard-won rather than casual; unflinching rather than sentimental.